Q: How do footballers stay cool during a game?
A: They stand near the fans! 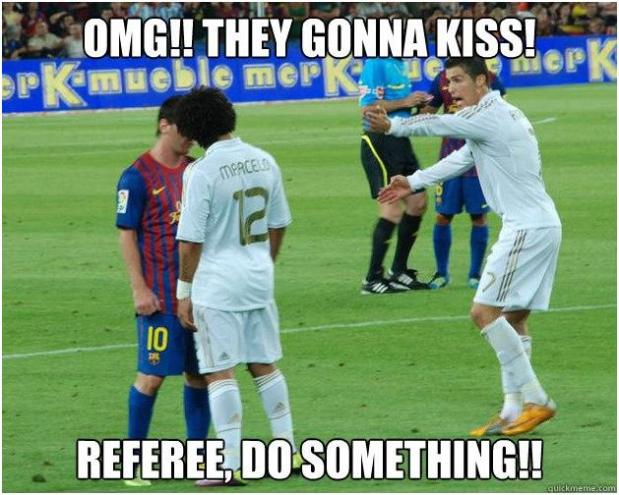 If there is a time when a country (and the rest of the world) is united, it has got to be during the World Cup. If any advertising firm with “ill intentions” (the true meaning of the words) decides to put some subliminal messages during matches, they would have the whole world hypnotized!

As the world is united, even in supporting different teams, relationships on the other hand are not sharing the same fate. Even though the World Cup has been around for over 80 years, it still does a great amount of damage on relationships. Some women however, still don’t see the big deal in men running after one ball and millions around the world going crazy about it. That’s besides the point. It takes a while for us to understand soap operas as well. I, have never gotten beyond the name.

That said, there is a lot we can learn from the World Cup that is not necessarily soccer related. First, as men “our charity” needs to begin at home. Our sons play soccer every day after school and over the weekends but how many of us fathers and brothers go out to play with them?

What an amazing avenue this could be to hangout with our kids, teach them certain life skills, talk to them about issues they could be facing or just be there with them in their world and ‘in the now’. These could be moments that mean much more than “our teams” winning in Brazil. We don’t even have to wait four years to enjoy a good meaningful game. Good games are going on daily in our own homes, our own backyards. Yet we walk away from these moments to go cheer other teams while our own teams (our children) have never heard us go crazy for them.

Can you imagine what it would mean for your child to see you jumping and screaming like a mad man (funny) from the terraces because he/she scored or because someone fouled them? What a huge statement that would make to them. You were there, you cheered, you affirmed, you encouraged and most of all, you took the time. If we really love this game, shouldn’t we love it in and out of season? Home and away?

The good thing about soccer fans is that they don’t need introductions; they have a common goal, even when they are not supporting the same team. Names have no place here; buddy will do just fine. You will have a beer or two on my tab. I will value your opinion and analysis of the game and for as long as the game is on, there is nowhere else I would rather be.

As a country we could use some unity. The recent dialogues about national dialogue have started rekindling dialogues that we really don’t want to dialogue about. (That’s a lot of dialogue)We need to find our common goal as a country. Whatever these dialogues are meant to achieve I do know one thing, we all want a safe neighbourhood so that when I come home with the little I gathered, I don’t have to worry about someone snatching it or killing me for it. Why cant we all be on the same page? We are like a team that has been given the opponents coach to train us!

Doesn’t it bother you that as a country we are always in a campaign mode? Less than a year after elections we are already talking about re-election. Mr Politician, we haven’t seen you do anything else apart from your homecoming and now you are asking for more time in office? I have never walked up to my employer to talk to them about renewing my contract immediately I was hired. It’s my employers prerogative based on many factors including my performance. It should be the same for you Mr. (and Mrs.) Politician.

Maybe our party manifestos should comprise of one item that the entire nation will throw its weight behind. An action point that will be on billboards across the country and in every office preferably next to the president’s photo. This will not be what the President and the government will do, but what the entire nation will focus on. Maybe this will help us evolve from this idea of power sharing nonsense that keeps coming up to cripple the nation.

A national focus (and NOT dialogue) could probably “open the eyes” of the opposition to see the great power they possess in making sure the government is playing its part to fulfil its promises to the citizens. A national focus could also help the citizens discover their part and responsibility in Nation Building. We don’t have to always wait for the politicians to do everything for us; we can “own” some things and put our effort into it! Unity; One goal.

Finally, the entire world is always curious to know the composition of the different teams that will represented  in the World Cup. What a huge responsibility this is to the coaches because their decision will determine the performance of the team. What if we too put the same seriousness and urgency when voting for those who will represent us as our leaders in whatever capacity? What if all public office appointments were made on such a serious premise as the composition of the World Cup teams?

I imagine that a coach (and “the forces” he works with) will often select their teams based on performance, track record, fitness, experience, attitude among other qualities. Wow. Dream with me and imagine what the five years in between our elections would be like if we had our “dream team” in public office. Imagine how great it would be if after five years, our leaders came back with trophies of what they have achieved for the country. Better yet, imagine how great it would be if “one of the players” (Politicians) was sent packing for”biting” what they were not supposed to (read corruption). 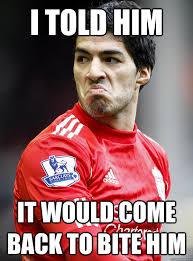 Wouldn’t you be screaming next to me on the terraces and doing the Kenyan (Mexican) wave as we cheer our team? Wouldn’t it be great if we believed in our team so much that we cried like small children when our teams don’t win? What if our expectations from Public officers was so high that every child’s greatest dream was to be selected to be part of their country’s dream team?

Fellow country men (not the drink..burp…) and women does this sound like madness to you? Tell you what, it is!  But to a greater extent, it’s done every four years around the world. We too can do it. We can definitely put together a team that “carries” this  possibility. Truth is, you and I are already part of a dream team. We bear the responsibility of not only  putting together a dream team every 5 years, but  also the possibility of being the dream team EVERY DAY as we build the nation in seemingly small ways.

We could win. Dream on!