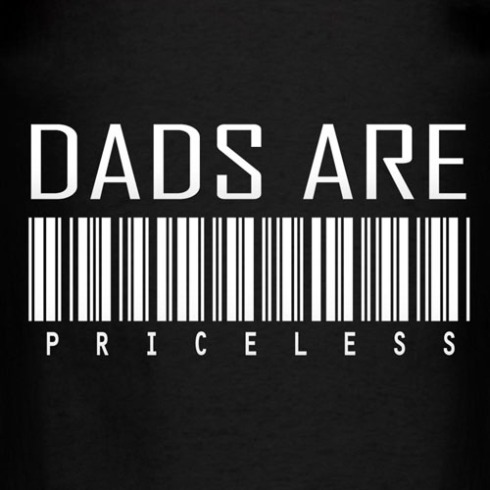 I had a good father. Actually, I have very fond memories of him. Unfortunately, they are just two. One of them he came with a left handed Land Cruiser, and the other with truck. I remember these two times because they made an impression and gave me the chance to brag about my absent father to my ever present friends.

When I was growing up, family was the heart of everything. Respect was not negotiable. Our small community (neighbors) was made up of my mum’s colleagues. Everyone else in that community saw and interacted with their fathers daily while my dad came once in a while. (If I can remember well, a long while)

Luckily, my community knew I had a father. The only problem, they had only seen him once. So as kids, when we started talking about our fathers and the super powers they possessed, you can imagine how left out I used to feel. I however learnt to compensate. I refused to have a simple dad working far away from home and so I made up one that came late in the night and left very early in the morning.

Since none of my friends families had a car, I maximized on that weakness. Most of them had seen truck that my father came with that was so huge that he had to park it at the police station (Also because that was what the Red Cross protocol dictated). I remember my dad once carried us with that truck to Kitale. I have never felt more powerful. I have no idea how my mother agreed to that arrangement. They must have fought all night or my dad kidnapped us and since there were no mobile phones then, there was nothing she could do. The truck (I think it was either a Volvo or a Mercedes) was so high that I had to be lifted to get the steps. Maybe the fact that I was small also made the truck seem bigger but hey, I still reserve bragging rights.

Since that trip, none of my friends would rob me of the chance to connect any conversation with that day. Whatever we talked about, if my friends said something about their fathers that I did not have a comeback, I would turn the story back to that day and they needed a comeback and often they did not have. That’s how pathological liars are bred.

I don’t know what I would have without those two memories. They took me through my childhood but sadly they were not sufficient for my teenage. My teenage was filled with a deeper pain because my father had passed on, and I had squeezed the juice out of the truck story. Now, I needed answers not tales. Honestly if it were up to me, no child would have to grow up without a father. I would rather there was “father for hire” services to walk with kids through their teenage years. It is very lonely. Most of us will never admit it but our world is much heavier, much colder and much darker growing up without a father figure.

Speaking of father figures, recently over 3000 women in Kajiado came together to ask the government to allow them to undergo Female Genital Mutilation (FGM). Yes I said 3000. When I saw that story, I was shocked, my heart raced and I had mixed feelings. To date, I still don’t know what to make of that event. I have a few concerns about the “meeting”.

First, most of the women who spoke and addressed the crowd were all elderly women. I couldn’t help but wonder if they had already “undergone the procedure” and if they had, why did they want it to be legalized? Why did we not see or hear the voices of young girls who had not “had the procedure”? I felt played.

I thought the Anti-FGM bill that was passed in September 2011 was supposed to protect these communities and especially the women. But here were 3000 women saying they wanted the practice, voluntarily to the point that the County Commissioner (the government) had to consult the elders before addressing the women. The story is the same in Baringo County where even the elite still undergo “the procedure”. Friends, I think we urgently need that national dialogue with members of these communities. There must be something we are missing. Otherwise, we risk having the practice being done in secrecy and hence increasing the risks of death and other infections. I say we dialogue! Soon.

This brings me to my last concern; As the Kajiado women spoke, the men watched from a distance. One of them who was later interviewed about “the meeting” and he said in part …”It is their choice (women). It’s what they want…” At this point I felt like I had swallowed my heart. My stomach churned. I will tell you why. The fact that the men were watching from a distance in my view, was the loudest statement they made. Whatever their opinion on the matter was, the sidelines are never the right places to make a statement. Sidelines are for cowards. The unsure, doubtful and the fearful.

If this was an issue for women, aren’t they are your women? Stand with them, don’t watch from a distance as though you are herding. That was the wrong stand. Secondly, we never heard what the men want. We only heard what the women wanted. Who knows if the men dragged them there and that’s why they were watching from a distance?

Whatever decision these women made that day, it will affect generations to come. Silence on the sidelines was a weak statement I dare say. This is not about whether to perform the procedure or not. (We will talk about that as well) but about the man’s voice and his authority in this delicate situation. Had the 3000 men; fathers, brothers and husbands to these women said something, the government and the entire nation would have listened and we would possibly have an obvious way forward.

But these men are not alone. As men our voice has been growing weaker and weaker. The only place that this voice seems to be loudest is in politics. But even there, our voice is rarely about real issues. We don’t talk as heads of families and communities. We talk as individuals. We only represent our interests.

What a great responsibility we have. Our voice in the family and in the community is critical. How can we dare keep quiet? It’s Fathers Day, no need to fall any further.

And a Video coverage of one of “the meetings”